The Ultimate Guide to Vidalia Onions 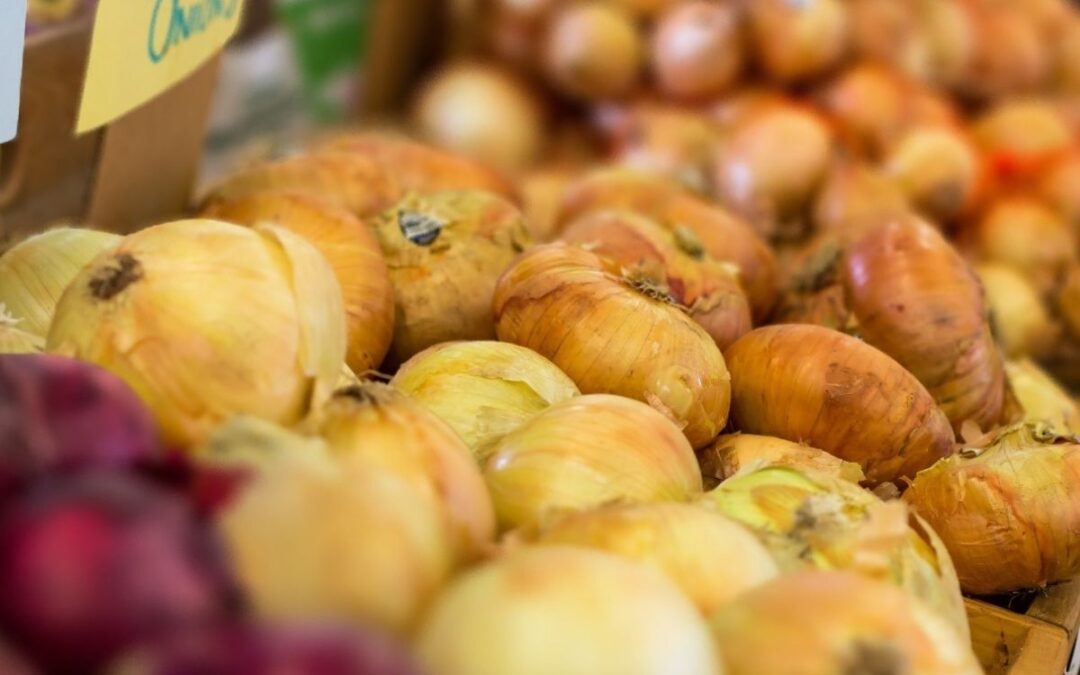 The Vidalia Onion is a sweet variety of onion famously from the US state of Georgia, where it also serves as their state vegetable. Legend says that the onion was first discovered by farmer Moses Coleman in the 1930s, when he noticed that the onions he was growing at his farm in Vidalia were far sweeter than any other onion he had cultivated previously. This trademark sweetness allowed Moses to charge more for his onions than its counterparts, despite The Great Depression preventing a market for expensive varieties of onions to flourish at the time. 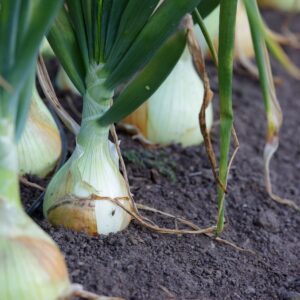 The secret to the sweetness of the Vidalia Onion is said to come from the soil in the area being sandy, whilst having low levels of sulphur, combined with milder than average winter temperatures, and a steady level of precipitation year-round. The onions must be planted in early Autumn and harvested in Spring. The city of Vidalia is proud of its onion-based heritage, holding an annual Vidalia Onion Festival, and even having a dedicated Vidalia Onion Museum!

The Vidalia Onion is regarded as the jewel in the crown of Georgia crops, and is protected by law by the Vidalia Onion Act of 1986, dictating that only onions grown in 13 specific counties: Emanual, Candler, Treutlen, Bulloch, Wheeler, Montgomery, Evans, Tattnall, Toombs, Telfair, Jeff Davis, Appling, and Bacon, as well as specific areas of a further seven counties: Jenkins, Screven, Laurens, Dodge, Pierce, Wayne, and Long, can be labelled and sold as Vidalia Onions. This Act was also subsequently protected by US federal law.

Due to their trademark sweetness, the Vidalia Onion is more prone to bruising and rotting than any other similar onions, so the harvesting and selling of these onions is controlled by the Vidalia Onion Committee, which ensures that all farmers get the most from their yield, whilst protecting consumers from purchasing onions which are of a lower quality than what the Vidalia Onion trademark promises. There are many potential methods of preparing Vidalia Onions, including grilling them wrapped in foil, similar to a baked potato.

The Nicholson Windrower is designed to lift onions whilst removing soils from the roots and gently place them back onto the soil in a uniformed windrow to maximise drying before harvesting. The gentle nature of Nicholson’s Windrower means that it is perfect for the harvesting of Vidalia Onions, which need to be handled with care due to their delicate nature. This year, Nicholson is extremely proud to have developed our first 3-bed Windrower, a bespoke machine that will be sent to our customer in Georgia for the harvest of Vidalia onions. This is significant as it is the first 3-bed Windrower that can handle softer onions.

Over the years, Nicholson has developed a full range of onion farming and harvesting equipment, including our patented, market leading Field Toppers, Windrowers, bin/bag & bulk loading Harvesters and our Top Tailer. Experts in the industry, Nicholson works closely with farmers across the globe to produce innovative, customer focused onion handling machinery. Contact our team today to discuss your onion farming equipment requirements.